With the company growing rapidly veterinary entrepreneurs Matt Knight and Vince Frank joined the team as directors in 2016, and in late 2017 Olja Jovovich came on board as CPD manager.

Practical CPD strives to be the leading provider of continuing veterinary education for Veterinarians and Veterinary Nurses in New Zealand. All our workshops are practical and skills based, including case discussions, videos, dry and wet labs, with a high tutor to attendee ratio, ensuring you will come away with skills and knowledge immediately applicable to everyday practice.

Very good relevant content. Practical component is excellent, hard to improve on this.

Very passionate and professional (speaker) with a lot of knowledge.

Perfect amount of time (spent) on the practical and plenty of expert helpers.

Fantastic. Good amount of gear. Plenty of time and opportunity to practice techniques.

Relatable (speakers) and easy going. Nice to be able to ask questions. 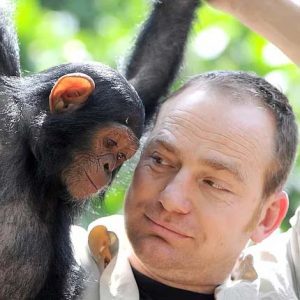 ​Damian graduated from Massey University in 1997 and started his veterinary career in a busy mixed practice in South Otago. He moved to England 3 years later where he spent another 3 years working in mixed practice.  Then it was back to New Zealand where he realised that surgery was his true calling and he studied for the Australian College Membership exams in small animal surgery.

Damian then returned to Britain and completed an Internship in Hertfordshire followed by a Residency in small animal surgery at Glasgow University.

Damian gained the Diploma for the European College of Veterinary Surgeons in 2011. He returned to New Zealand in 2014 and is now working with the fantastic team at Veterinary Specialists Group in Auckland.

Damian has a keen interest in all aspects of surgery especially complex fracture fixation and reconstructive surgery.

He also enjoys working with wildlife and has operated on a variety of different species such as chimpanzees, giraffes, seals and a coati, including two trips to Cameroon to operate on lowland gorillas.

Outside of work, Damian enjoys a variety of outdoor sports including snowboarding, mountain biking, surfing and scuba diving or relaxing at home with his wife Abi and their crossbreed dogs Wesley and Eilidh. 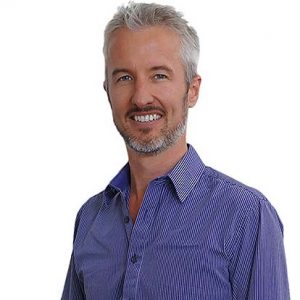 Brent is an orthopaedic surgeon based at VetSpecs in Christchurch. He graduated from Massey University in New Zealand and undertook his surgical residency at the University of Liverpool, United Kingdom.

Brent’s core mission is to simplify surgery and make it safer, through the use of technology. To this end, he co-founded the veterinary medical device company OssAbility.  Half of Brent’s week is now devoted to working with the OssAbility engineers and surgeons developing orthopaedic technologies. 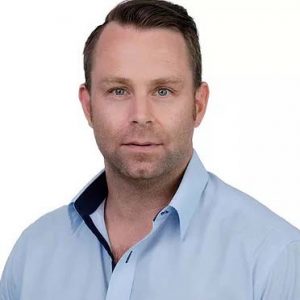 After graduating with a Bachelor of Veterinary Science from Massey University in 2004, Vince started work as a mixed-animal veterinarian in Gore. This role was mainly focused on dairy cows, but included a significant amount of sheep and beef work, as well as a companion animal and equine caseload. In early 2007, Vince moved to the UK, where he worked as a locum veterinarian with a focus on companion animal and emergency medicine.

He moved back to New Zealand in late 2008 to take up a position as a veterinarian, first in Whakatane and then in Christchurch where he founded Kahu Veterinary Equipment, a veterinary wholesaler. Vince continued to work as a companion animal locum veterinarian while establishing the company until the end of 2014. He is a managing director of Kahu Veterinary Equipment Ltd and Practical CPD Ltd. He is involved in organising veterinary education events and remains involved in the veterinary profession, with a special interest for orthopaedics and IT. 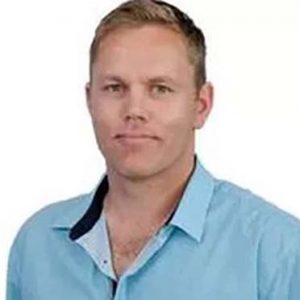 Matthew graduated from Massey University Vet School in 2004. He then worked in general practice for North Canterbury Vets in Culverden for 3 years, working with sheep and beef, dairy, deer farms and companion animals.  In 2007 Matthew moved to the UK, working there for 2 years as a companion animal veterinarian at a number of clinics, in a locum capacity.

After the UK Matthew spent 2 years working in NSW, Australia as a locum veterinarian before returning to New Zealand in 2010 to help establish Kahu Veterinary Equipment. Matthew has worked as a companion animal locum intermittently in New Zealand between 2010-2013, as well as 3 volunteer trips with SPAW as a veterinarian in the Pacific Islands. Currently Matthew co-manages Kahuvet and is a director of Practical CPD Ltd. Matthew maintains an interest in veterinary education generally and attends several veterinary educational events every year.

Olja is a small animal veterinarian with a passion for top quality veterinary education. After graduating from Massey University in 2007, Olja started her career in a quaint, family-run practice in West Harbour, Auckland, before moving to the United Kingdom in 2009. Over the next few years she gained extensive experience in small animal medicine and surgery, while also relishing the opportunity to attend a wide range of CPD workshops and events across Europe.

In early 2013 Olja returned to New Zealand and continued working as a small animal clinician in Auckland, whilst also undertaking further study in Feline Medicine (another one of Olja’s passions), culminating in achieving her memberships in Feline Medicine with the Australian & New Zealand College of Veterinary Scientists (ANZCVS) by examination in 2016.

Olja joined the Practical CPD team in late 2017 to help achieve their vision of raising the standard of veterinary care in New Zealand to the best companion animal care in the world. As CPD Manager, Olja organises the exciting range of workshops from their conception all the way through to running the events. She also continues to improve feline medicine in Auckland as a clinician, alongside her role with Practical CPD.

Outside of work Olja loves traveling, yoga, hiking and the beach while also looking after three very spoiled cats.